Quiet Artist is one of the 1st Moroccans from the Netherlands
to perform electronic live-sets in the Dutch techno scene
as early as 1992.
Born in Casablanca – Morocco, raised in Rotterdam – Netherlands
performed as DJ for a short banging period from ’92 till ’95
in the Netherlands and abroad.

He has participated on numerous events and acts in the past
in collaboration with other organisations and artists.
Ranging from live gigs to complete VJ-acts including live camera video-feeds.
Pioneering the vj-scene in the clubs as one of the first in the Netherlands
back in the early 90’s together with software developer Michael de Clerck (ID&A).

Quiet Artist performed at several ‘Freetekno’ events in the years
between 1992-2010, at numerous locations in the Netherlands
and abroad. For Freetekno sytems like ‘CYB-X 010’ ,
‘MONONOM’ , ‘SPIRAL TRIBES’ and the people.

He collaborated with other artists like Mario-010, Ricky da Dragon,
TabLoyd and several vocalists.
Performed at several clubs and festivals, like ‘Club Parkzicht’ , ‘Basement (Club Nighttown)’ , ‘Off-Corso’ , ‘Stubnitz Boat’ , ‘Festival Madrettor’ and others. 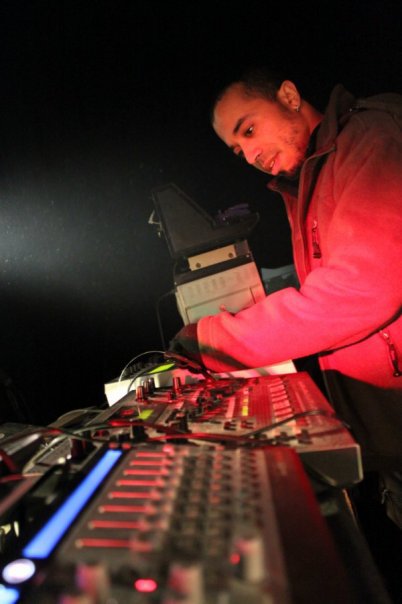 Quiet Artist is currently working on a new live-set.

You can find songs from the last album ‘Rumbledam’ on the page here
and available as free downloads through Soundcloud.

Enjoy this free gift
from Quiet Artist here at RecordFactory.Org!